How I Pissed Off Congressman Mike!

(If you just want to see the pictures, scroll to the end of the post.)


Yesterday I was awakened at 7:30 AM by a strange voice.

“Is this Craig? Craig Chaffin?”

Rubbing the sleep from my eyes, I said “Yes?”

“This is Mike Thompson, your U.S. Representative, and I want to know why you called me a ‘weenie!’”

“Huh? Oh, in that letter I sent at your site?” I tried to remember, as I write a lot of letters to people who don't know me.

“Do you know my Iraq voting record? Do you know anything about me? Why did you write me such an offensive message?”

Gathering my dream-spattered thoughts: “Well, I assumed I would only get a form letter from you, so I called you a ‘weenie’ about Iraq in case I might actually get a response. Look’s like I did. You know, it’s hard to get the attention of an institution without spraying some graffiti.”

“Is it true you are a doctor, a medical doctor?”

“I can’t believe that you, an educated man, would write me this.”

“What, do you want me to apologize?”

“Do you know my record on the Iraq war? I was posterized by the Republicans for visiting Iraq before the war, looking for a non-military solution. And have you heard of the recent McGovern bill for immediate re-deployment of our troops? We only have 171 votes. So it won’t get passed. But I voted for it.”

“Is Pelosi with you on this?”

“That’s good to know. But why do I hear all this noise of trying to compromise with the Republicans?”

“There is no compromise.”

(On his website he prides himself for being a moderate Democrat known for his bipartisan work.) “That’s refreshing to hear,” I say, “especially with the vetoes and Democrats talking about benchmarks and all.”

“Do you know I’m a vet and I saw my buddies blown up and that I go to Walter Reed every two weeks to visit the wounded?”

I resisted the temptation to ask, “Are you a chaplain, too, or just a saint?” because at this point I’m wondering what he wants. A medal? An apology? Absolution? A contribution? I mean, who am I? Just some nut case from his district that occupies all of coastal Northern California.

“And I’ve opposed the Iraq War from the beginning. I’ve always voted against funding the war.”

This I tried to check online but I couldn’t find his 2002-03 voting record.

“So who told you I wasn’t doing anything about Iraq?”

“Oh--when I attended the peace rallies outside your office, it was the considered opinion of all the activists that you weren’t doing enough.”

“Why don’t you tell those people to go protest at the office of someone who supports the war and leave me alone!”

“Are there any other congressman in our district?”

“So where do you suggest we go?”

He couldn't even recommend another congressman to bother.


I suppose you could make this stuff up but I didn’t. Since he called me at 7:30 AM I assume he was in DC. For reasons I can only surmise, my e-mail must have crawled up his tightly wound ass big time. I mean, “weenie?” I’m sure he wanted to wash my mouth out with soap or rap my knuckles like a nun with a ruler, his being a Catholic and a vet and all. I’m sure in Viet Nam he never heard anything worse than, “Watch out for those darn gooks!” Oliver Stone and Stanley Kubrick must have lied to me.

Afterwards I did him the courtesy of researching his record online as much as I could in a few hours, and indeed, he should be proud of his stance on Iraq, the salmon fisheries, and other issues.

But why a relative flew with him on a junket to China in 2005 and who paid for it, I couldn’t find out, so I wrote him back to ask. And what a general partnership in “Travis Webb,” worth $100,000, might be I have no idea so I asked him about that as well. I hear he serves at the World’s Largest Salmon Barbecue in Fort Bragg every year so I told him that I hoped to see him there and meet him in person. I was tempted to sign my new letter, “Your Employer,” but I don’t think he’s ready for that yet.

Ah, the hubris. In a country of free speech my own congressman spends half an hour on the phone with me because I dared to call him a “weenie.” As my employee, how dare he wake me up early in the morning and rant about my insulting him! I have every right to insult him!

What--after all these years dealing with the press and politicians and constituents, does he expect life to be fair? Is he losing touch? Did his wife turn him down the night before so he had to sublimate some anger at an easy target? Or is he just a stuffed shirt Boy Scout type like Shakespeare's Malvolio, wearing crossed yellow garters? Heck if I know (see how he's already helped me clean up my language?).

This kind of behavior can certainly make you doubt the sanity of a politician. He took a shotgun to an ant, a very sleepy ant at that. Luckily the ant, though mistaken about the facts of the congressman’s record, did not take the assault personally—especially since Thompson belongs to the Congressional Sportsman’s Club and I assume has guns, just as our late DA up here, Norm Vroman, was discovered to have a cache of illegal weapons and a small marijuana farm when they searched his house after he died. (Norm would have been re-elected, btw, if he hadn’t croaked. In fact, up here, if we’d contacted Jonathan Edwards we might have been able to re-elect him from the beyond. Everyone's so "spiritual" up here, though I think them more spiritualist. Did Arthur Conan Doyle really have a hand in murdering Houdini? Now there's an interesting story...)

Since marijuana is the biggest cash crop in our county, I regret I didn’t ask him what he was doing about it. I assume, like most politicians around here, he opposes legalization to keep our prices high. And since we need illegals to harvest the grapes and pears, of course he voted against the seven-hundred mile fence down south. That's too bad, because everyone knows that Mexicans steal the jobs Americans are too lazy to take.

All that said, I need to ask you this question to check my own sanity: Have you ever been awakened by a congressman early in the morning who bitterly complained about you calling him a “weenie” in an e-mail message? I submit that this may be one of the strangest occurrences in my long and interesting life. Unfortunately, now I can’t help but think of Mr. Thompson as “Weenie Mike.” I mean, who but a weenie would call up a constituent to complain about being called a weenie? Tsk, tsk.


Here's the good congressman at his wine-promoting site:

Now his face does look a little florid in this one, but I wouldn't accuse him of overindulging in wine promotion--it's probably just too much sun: 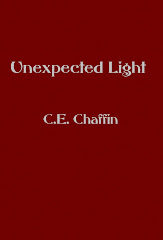 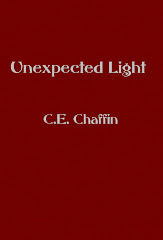 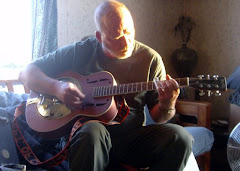 C. E. Chaffin
Mendocino, Northern California, United States
I'm a poet who became a doctor and later, a mental patient. I am a third-generation manic-depressive, or Bipolar I, with a fourth-generation daughter. My illness, when active, tends to overshadow other aspects of my life. It reduces my life expectancy by apx. 25 years, depending on what research you favor. I love great poetry but still believe poetry ought to say something, which puts me in a minority camp. Too many nowadays settle for the fact that it "does something" with language. So does graffiti. My point. I am a Christian who does not trust his own spiritual leanings due to his mental illness. I am the happy father of three adult children and a grandson, though sadly I lost my eldest daughter (the redhead) in 2007. I am hopelessly in love with my wife, editor and soul-mate, Kathleen. I am tired of writiing 'I' sentences. "What poetry most needs is an audience worthy of it." If we exalt poetry, they will come. If we apologize for it, they will not.

Dr. Chaffin and his beautiful daughters! 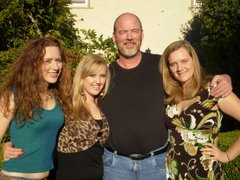